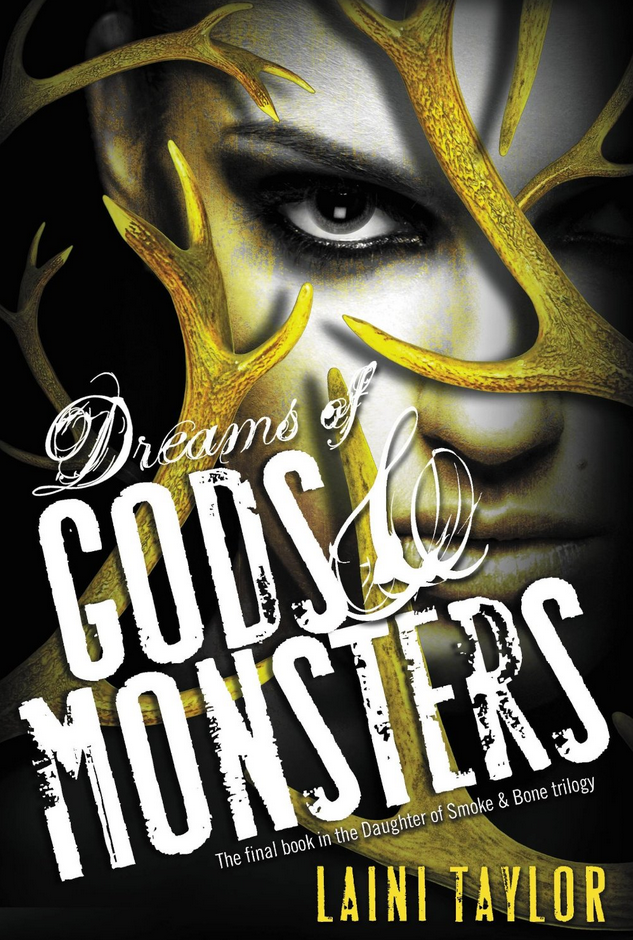 By way of a staggering deception, Karou has taken control of the chimaera rebellion and is intent on steering its course away from dead-end vengeance. The future rests on her, if there can even be a future for the chimaera in war-ravaged Eretz.

When Jael's brutal seraph army trespasses into the human world, the unthinkable becomes essential, and Karou and Akiva must ally their enemy armies against the threat. It is a twisted version of their long-ago dream, and they begin to hope that it might forge a way forward for their people.

And, perhaps, for themselves. Toward a new way of living, and maybe even love.

But there are bigger threats than Jael in the offing. A vicious queen is hunting Akiva, and, in the skies of Eretz ... something is happening. Massive stains are spreading like bruises from horizon to horizon; the great winged stormhunters are gathering as if summoned, ceaselessly circling, and a deep sense of wrong pervades the world.

What power can bruise the sky?

From the streets of Rome to the caves of the Kirin and beyond, humans, chimaera and seraphim will fight, strive, love, and die in an epic theater that transcends good and evil, right and wrong, friend and enemy.

At the very barriers of space and time, what do gods and monsters dream of? And does anything else matter?

"In the legends, chimaera were sprung from tears and seraphim from blood, but in this moment they are, all of them, children of regret." 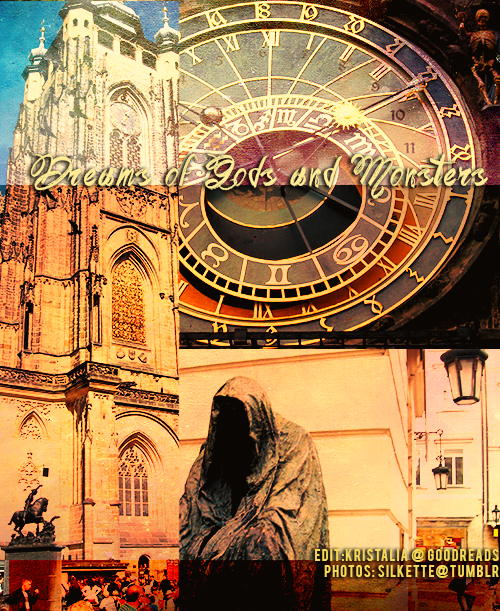 Another series that I love comes to an end. This makes me very sad, because there won't be more adventures with my favorite characters (unless the author decide to make a spin off sequel). Anyway, i have to say that i really enjoyed this book , and this series in general, and most of all: i really love Taylor's writing style. Her beautiful writing and story telling is what really made me love this series so much. Her characters as well of course.

And now, reading the final book, I have to say that it did not disappoint and that it was everything I have hoped for and expected (+ a large amount of angst, i really love angsty stories).

What can i say more: everything about it was absolutely beautiful. Although, it did have one minus: introduction of some characters who were related to the side story going on in the background, which turned out to be a hint for possible future books in this world (not that I would mind, I actually liked it).

Ah, one of the best things in this series is the love between these two, if you ask me. The second one being the whole world building and it's story. Anyway, I fell in love with these two and they made me sad, they made me laugh and that's all that mattered.

These four also count as my favorite characters: Mik & Zuzana were particually interesting and adorable, and their comments and romance were adorable and interesting and they made me laugh so much. (especially during the Night of Cake & Puppets, it was just way to cute. As for the other two, Ziri and Liraz, they were as awesome as they were before, Liraz was strong and dependable as always and Ziri was doing his best to fit in the role of being the White Wolf (which wasn't easy) and I loved him a lot. (view spoiler).

As always, Jael and Razgut were annoying me, but the unexpected stuff was inserting POVs of characters i didn't particularly care about (like Eliza ... sorry). But, everything fell into it's place and it was a nice execution.


Read this series, it's different, unique, it's a high fantasy + paranormal, and it's everything i love. No big love triangles, just a romance, war, sadness, regret and happy stuff.

“Let me help you,” he had pled back at the caves, when Karou had told him what work lay ahead for her. “It’s all I want, to be beside you, helping you. If it takes forever, all the better, if it’s forever with you.”