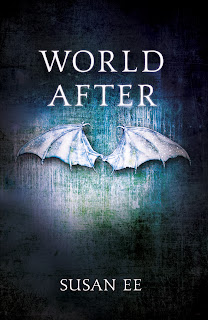 In this sequel to the bestselling fantasy thriller, Angelfall, the survivors of the angel apocalypse begin to scrape back together what's left of the modern world.

When a group of people capture Penryn's sister Paige, thinking she's a monster, the situation ends in a massacre. Paige disappears. Humans are terrified. Mom is heartbroken.

Penryn drives through the streets of San Francisco looking for Paige. Why are the streets so empty? Where is everybody? Her search leads her into the heart of the angels' secret plans where she catches a glimpse of their motivations, and learns the horrifying extent to which the angels are willing to go.

Meanwhile, Raffe hunts for his wings. Without them, he can't rejoin the angels, can't take his rightful place as one of their leaders. When faced with recapturing his wings or helping Penryn survive, which will he choose? 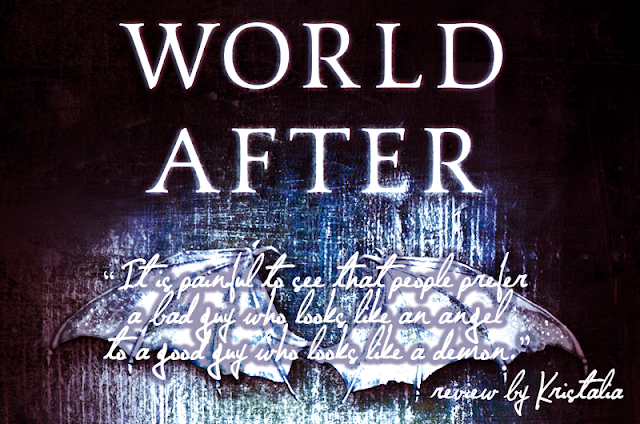 I swear to god, Pooky Bear is the best inanimate object ever written. YOU are CAPTIVATED by IT. There is no help coming, no salvation, only Pooky Bear in all her awesomeness (Raffe is complaining about the name but he can't help his sword now... oh that shame and suffering...)

“He glares at me as if he already hates it. “What is it?” I consider lying but what’s the point? I clear my throat. “Pooky Bear"
He’s silent for so long I’m beginning to think he didn’t hear me when he finally says, “Pooky. Bear.” “It was just a little joke. I didn’t know.”
“I’ve mentioned that names have power, right? Do you realize that when she fights battles, she’s going to have to announce herself to the opposing sword? She’ll be forced to say something ridiculous like, ‘I am Pooky Bear, from an ancient line of archangel swords.’ Or, ‘Bow down to me, Pooky Bear, who has only two other equals in all the worlds.’ ” He shakes his head. “How is she going to get any respect?”

Lol, i am sorry, i will return to the real review now... Okay, my brain is back, so lets begin. First things first, i loved Angelfall more than World After. Don't get me wrong, i still loved it (especially the last 40%), it was just sometimes hard to keep my attention. And i also have to mention, World After   is so much darker than the previous book - it shows what some of the people were willing to do to survive - and some of it was cruel and despicable... And once again, this is not a series overly based on romance - it is more focused on the story.

Angelfall was interesting because it was about Apocalyptic Angels ... interesting right? But it rased a lot of questions on Angel's world building ... Where did they come from? Their hierarchy, their customs, their relationships? We were only given glimpses of it. And in World After we find a little about Fallen Angels, Raffe's connection with his own fallen, and also Hellions, the hell spawn (so to say), and some other minor things (but i don't wanna spoil or anything okay), but the problem is - it was not enough - it just raised even more questions...

AND THE COVER IS SO DAMN GORGEOUS!! I predict scorpio wings for the next cover :D And i have also heard that this series won't be trilogy, it will have 5 books - and its making me utterly and completely miserable because i will have to wait for years until this series is completed....

World After continues as a direct sequel to Angelfall. And i mean litterally - it will just blend - meaning there is no time skip or anything. Raffe is gone, people think Penryn is dead and her sister Paige is broken... When Penryn finally explained what happened (after she of course, told them that she was paralyzed - not dead), things start to go horribly wrong when Paige disappears - and Penryn has to find her. And through the story, Raffe's sword - now gloriously named Pooky Bear - shows Raffe's memories to Penryn. And then things get even worse...

What i really loved in this book were the interactions between Penryn and the sword (and while we are at it, sword is the best!), and between Penryn and Raffe of course. All the scenes with them were priceless, funny and amazing to read. It was also refreshing to see more things from Raffe's point of view and i really loved all the parts with him. He wants his wings back but he also grieves for the loss of one woman who showed him things he never knew. The horrors of Paige's new life (if it can be called life) is revealed - and it is really and completely horrible. Poor girl did not deserve any of this and it's making her feel completely miserable and alone...Penryn's and Paige's mom is crazy as always and she continues to freak me out whenever she appears... But i still claim that the sword is the best "character" ever.But poor sword was humiliated with Teddy bear stuff...

“Tell me about Raffe."
Nothing.
"okay. Let's practice fighting," I said in an enthusiastic voice as if I'm talking to a little kid. "I could use more lessons."
Nothing.
"Right. Well, I guess I have nothing better to do now than to decorate the teddy bear with ribbons and bows. What do you think of dusky pink?"
The room wavers, then morphs.”

All in all, this book was interesting. Not as captivating as Angelfall but it was definitely good sequel. It also did not end with serious cliffhanger like the previous book (thank god for small mercies), but it will be agony to wait for the sequel *cries*