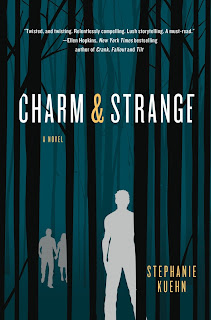 Andrew Winston Winters is at war with himself.

He’s part Win, the lonely teenager exiled to a remote Vermont boarding school in the wake of a family tragedy. The guy who shuts all his classmates out, no matter the cost.

He’s part Drew, the angry young boy with violent impulses that control him. The boy who spent a fateful, long-ago summer with his brother and teenage cousins, only to endure a secret so monstrous it led three children to do the unthinkable.

Over the course of one night, while stuck at a party deep in the New England woods, Andrew battles both the pain of his past and the isolation of his present.

Before the sun rises, he’ll either surrender his sanity to the wild darkness inside his mind or make peace with the most elemental of truths—that choosing to live can mean so much more than not dying.

"The story that was too big for me to tell, the one that grew to fill the depths of my being and the far corners of my mind. It’s how I lost my system of meaning… but I haven’t lost everything."

This is a difficult book to review. So, let me start with the rating. Why 4.5 stars? 4 stars is because it was confusing at times and frustrating because you have absolutely no idea what is going on, and extra half star is for uniqueness. And most of all - because in the end i cried. I cried for unfairness, cruelty and shocking truth. I cried because it was heartbreaking and because i finally understood the story.
This book is different. It's unexpected and unpredictable. It will confuse the hell out of you but it will be worth it, if you can finish it - and not give up. This is not a long book, but i kept reading it because i had to know why all the mystery and why it was written how it was. I got my answer and i was not disappointed. Because this book... it's FANTASTIC. And it's also dark AND twisted. If you love dark and twisted, you are going to love this one too. Even if you are not fan of paranormal, but you love dark and drama, you will love it.
This book has another catch as well :
It is split in two parts: the past (antimatter) and present (matter) and each one of them catches your attention, and you can't help but want to follow the both stories without stopping. And yet, it's constantly switching, and it was really well done.
The less you know about this book, the better. Because, not knowing is why it was so shocking. And mostly because it is how it is. This book is completely psychological... and in a way, paranormal too. After all, it's a story about wolves.
But, it's not a typical young adult werewolf story with the female protagonist having a good life. 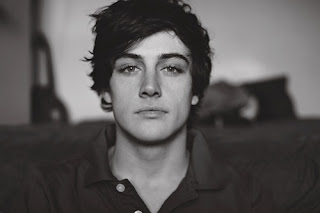 This book is about a troubled teenager, Win/ Drew (Andrew Winston Winters) who is bitter, angry and so completely weird. His mind is confused, he is confused, and he doesn't know anymore who he is or what he is. He is completely alone and abandoned. No one understands him, nor no one really wants to understand him and yet... as a reader, you can't understand him either.

"There are wants and needs in this world, I think. There are hopes and guarantees. There are the things that are true and the things we need to believe in. And I’ve seen enough in my life to know I don’t believe in much."

And that is the magic of it - after a while, you start TO understand everything. And it will shock you (depending on how fast you understand the story, it may not shock you, but it was... breathtaking).
Which makes Win one of the most complex characters that i have ever read about.

There are so many other people in this book i really want to talk about, like Keith, Siobhan, Lex and Jordan, but saying anything would be spoilerish, and just a tiny bit of their stories would destroy the experience.

For a debut novel, this author sure knows how to deliver a unique and amazing story, but also heart wrenching and sad. This book is completely different and if you can make it till the end, it will be worth it. I loved it, because of it's complexity, weirdness and mystery and most of all, because of execution of it.
This book is indeed Charm & Strange.