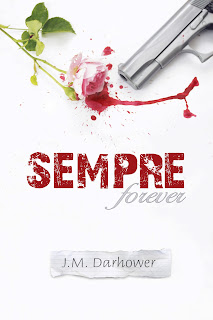 Haven Antonelli and Carmine DeMarco had vastly different childhoods. Haven, a second-generation slave, grew up isolated in the middle of the desert, her days full of hard work and terrifying abuse.

Carmine, born into a wealthy Mafia family, lived a life of privilege, never having to answer for anything he did.

Both now seventeen, a twist of fate causes their worlds to collide, making them question everything they ever believed.

Entangled in a web of secrets and lies, they learn that while different on the surface, they have more in common than anyone would think.

“How about we just be Haven and Carmine?” she suggested. “We don’t know the ending, but we can always hope for the best.”
“I like that,” he said. “Besides, there’s a reason we don’t know how the story ends.”
“Why?”
“Because it doesn’t.”

“Ti amo, mia bella ragazza. Per sempre.”
“Sempre?” she asked.
Cracking a smile, he brushed his pointer finger softly across her lips. “Always and forever.”

WOW. FANTASTIC, FABULOUS, CAPTIVATING, ICOULDNTSTOPREADING TYPE OF A STORY!!!! I am serious, whole time i was like...

MY INNER SELF: Stop reading now! You have your final exam tomorrow!
ME: But i can't! I don't wanna stop!
MY INNER SELF: But you must, you will fail!
ME: I won't fail, even though i have no idea what i just read in the whole freaking exam book.
MY INNER SELF: Then what are you waiting for?
ME: Fine. *goes to study*
20 minutes later...
SEMPRE: read meeeeeeee...read meeeee...you wanna know what happens next!!!!!!! Look, in your exam book, look what i found: 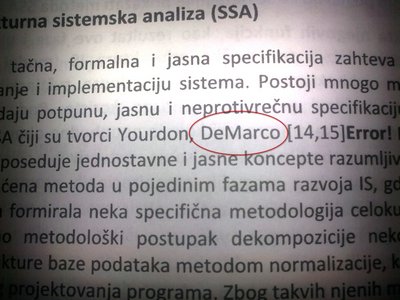 Anyway, now that i finished retelling my imaginary conversation with myself, lemme tell you what i think of this book...

I loved it - and its the type of the book i would reread again and again (which i kind of did when i finished the book.. i started from the beginning).

“Some things in life only happen once, the memories of them lasting forever. they're moments that alter you, turning you into a person you never thought you'd become, but someone you were always destined to be.”

This story is not entirely pretty - insert mafia, family business and slavery and you know what to expect. But it's also a story of freedom and choices, of love and rivalry, of two broken teenagers...

"They were two broken kids, desperate to be whole again, struggling to find balance in a world out of their control. What's black and white and red all over? Carmine was, Haven thought. A soul savagely ripped in half, bleeding out for all to see. The ying and yang, the good and evil, the love and pain all at odds with each other. Two sides, two vastly different worlds, but someday they’d merge as one. They had to."

But, this is not only a love story - danger is around the corner... And there is no escape. 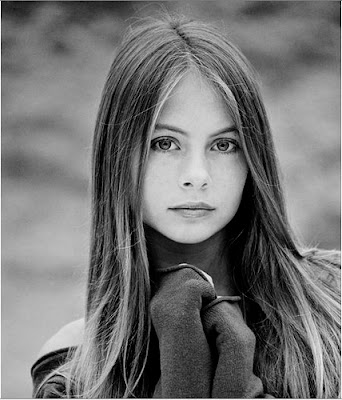 He smiled. She didn’t mind his company. “Do you wanna talk about what happened?”
“There’s nothing to talk about. I survived. That’s what I do. I’ll keep surviving until I don’t survive anymore.”
“So, you're saying you're a survivor?”

Born as a slave, and raised as one, she knows the truth - She will never be free. Being abused, beaten and when finally threatened to be killed - she tries to escape...where she utterly fails. But, when Dr. Vincent DeMarco, who visited her 'master' takes her away, she finds out that there is more to life than she ever thought...

Haven is scared and afraid of the new life she is given... She tries to understand where she fits in the 'family' that now she belongs to. Haven thinks that she just changed masters and nothing else. She expects nothing, but is given more than she could hope for. Carmine. Dr. DeMarco's trouble maker son, the one who understands her more than anyone else.

“My mom used to talk about fate all the time, and I think you’re it… you’re my fate. You were brought to me for a reason, for us to save each other. Because you weren’t the only one needing saved, Haven. I was drowning, and you rescued me.”

I understood Haven... it's not easy when your life changes drastically and when your whole life is controlled by other people. So i found her reactions and feelings quite reasonable... I loved her, she tried her best, even when it was hard to cope with. 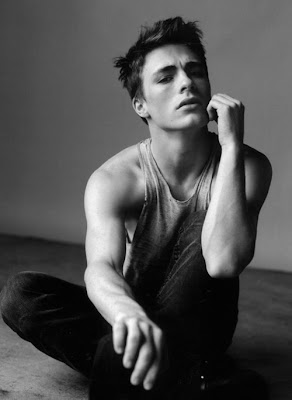 “But then she happened. The girl who had never been able to call her life her own taught a boy who had the world at his fingertips exactly what it meant to live. He wasn’t alone anymore.”

Carmine... broken inside... hell of a teenager outside... Trouble maker, womanizer, quite rude, reckless, likes to get in fights and everything else that follows the reputation of "bad boy".

But, Heaven changes him, as much as he changes her. She balances him out perfectly, and he dropped his every act, every anger he had toward world just to be the man he thought she would want him to be...


“Tell me, Mr. DeMarco. What’s love to you?”
[…]
He glared at his teacher. “I think it’s ridiculous you’re even trying to define it like it’s something material you can just go find if you want it. People use the word too loosely as it is. They say they love this and they love that, when they don’t. They just like the shi— uh, stuff. Love is something that changes you, and if you really loved all the crap you say you love, you’d never know who you were because you’d constantly be changing. Once you love, you love forever. You can’t help it.”

i must say, i loved him quite a lot (because he never ) and i love him because even though he was trouble and walking disaster, he was still a good man on the inside. He just need someone to understand him.

They were fabulous. Deep, and well characterized. I love Vincent, Celia and Corrado,Nicholas, Dominic and even Maura and Haven's mother...they were fantastic characters.

Especially Vincent...i underestimated him in the beginning, i thought of him as evil SOB but he was someone else entirely. I loved him in the end.

And Corrado and Celia were great as well. I was impressed and shocked of what Corrado did near the end, to protect his own...

And Nicholas... he was understimated too...by me and by everyone else. And his jokes were really funny :D

I highly recommend it... It's funny, heartbreaking, lovely, beautiful and just awesome. It's a story i wont forget for a long time ;)
Why are you still here? go read it :D

Awesome news :D Sempre was bought by Simon & Schuster which means that it will be re-released November 4th as an ebook. With new stuff in it ♥ Now i can reread it again and with new experience (probably) :D But if you have not read Sempre yet, better wait for re-release ;D

Sempre will be re-released November 4th as an ebook with revamped content. ACK! Don't worry, those who already own it... we've worked hard to make sure the plot isn't affected by the srs bsns editing we're undertaking on that bad boy, so your copy is just fine *pets self-published copy*. It'll just be more tightened and focused when it's re-released (and may or may not have some extended content of the sexual nature... but yeah... MOVING ON... DON'T KILL ME... I LOVE YOU).